The first week of 2012 is in the bag! I’ve lost 10 pounds, and already ridden twice as many miles as I did in the whole month of January last year! 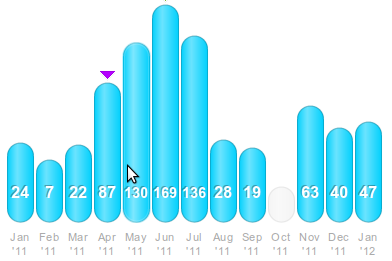 Yesterday, the Sloth and I circumnavigated the Capital Area Greenbelt on our bicycles.

We stopped around the halfway mark to brew up some coffee. Sloth had a new coffee filter he wanted to try out, and I had a new stove that I wanted to play with.

I had an entire pannier’s worth of coffee brewing accouterments. Stove, fuel bottle, extra water, pot, french press, etc. It all adds up to a lot of pannier space, but was well worth it.

Due to some miscalculations while lighting the stove, I ended up with a small fuel spill, and a gigantic ball of flame. This seemed to amuse / horrify the joggers and dog-walkers who were passing by.

Nonetheless, we had our coffee, and it was good. Personally, I think coffee / tea breaks should be mandatory on any ride over 15 miles when it’s less than 50 degrees out. Anything less would be uncivilized.

Fortified with caffeine, we soldiered on through the gigantic traffic disaster of the Farm Show. We made a few wrong turns (the signage on the Greenbelt is a little spotty), and ended up with about 21 miles — my longest ride for the week/month/year!

The new year appears to be off to a good start, and ambitious plans for a multi-day tour are already underway.

I said I was going to blog about my progress with my new year’s resolutions. Not that any of my readers give a rat’s ass about my resolutions, but because I’m hoping that being “publicly accountable” for them might give me more encouragement to keep them.

So, we’re about to start the 3rd week of the year. I’ve ridden 25 miles so far, and lost about 7 pounds.

My stated goals would have me at 70 miles and 2 pounds right now. So I’m way behind in miles, and slightly ahead of the game in weight loss.

In my defense, the weather has been for shit. The roads are covered in snow, salt, and slop. My dedicated snow bike is still wanting a frame (probably going to be a cross-check). In any case, the frame won’t be coming at least until after I get my income tax refund; at which point, the snow may all be melted anyways.

Oh, in case you’re wondering, I keep track of my mileage in dailymile. It’s a pretty nice website for that sort of thing. They even give you an annual report at the end of the year, to show you how much of a failure you are.

They also have silly little widgets you can put on your webpage so you can tell everyone how many donuts or cheezeburgers you’ve burned off with your riding.

As of 8:05AM today, I haven’t smoked a cigarette (or anything else, thankyouverymuch) in 3 years.

Like Loading...
Today, my excuse for not leaving the house was the wind. It was pretty windy out.

Week 1 is a washout. I will start over tommorow. I am having a serious lack of motivation these past few days.

This week has been a total failure

I plugged the plan into gnumeric and charted it.

I have a long way to go…

Like Loading...
There it is, bitches! One year without a smoke! Who’s the man?I intend for this to be the last time I talk about smoking here on Bonius.com, so let’s have a quick look at how this all went down:

I started smoking my freshman year of college. I was up to a pack-a-day in a few months and stayed there.

I got a real job and moved away from home. Lots of stress, and lots of binge drinking/partying. I was up to about 1.25 pack/day, but on nights out, I would sometimes burn through two packs.

Finally had enough of it, and managed to quit for about 6 months. An ill-fated trip to New Orleans broke my resolve. The French Quarter has a way of making all manner of dastardly deeds seem perfectly alright.

All of us at work went outside for a smoke break to discuss this news.
It seemed like a pretty fucked up thing to do, given the circumstances.

One week later, I decided to quit smoking and to get my ass into good enough shape to ride in a cancer charity ride. I started this blog to track my progress.

Now that the sermon is over…

When I started this blog, I said that I wanted

I defined ’shape’ rather loosely as the ability to ride my bike 100 miles in one shot. That definition probably needs some work, but for today, I’m happy to have one of those two items crossed off my list.

Like Loading...
I spent the whole day up in the woods for a family reunion, so no biking again. I saved all the boring ride reports for the week in one easy-to-ignore post, so the weekly update is more than just a number of miles.

Went the the gym:
30 minutes on a bike

Lifting with my PT

Only 25 miles this week. I’m having a hard time getting back in the groove… It’s been 11 months since I had a cigarette, so that’s something worth celebrating.

This whole counting-of-the-weeks thing is getting lame, I think. I’ll keep it up until I hit 52 weeks since I had a smoke, then I’ll do some big whoop-de-doo dance.

In the meanwhile, I’ll have to try to think of something more interesting to blog about.

Since I have looked over my vacation photos, and have seen my shirtless self on the beach, it appears (though I’ll not show you) that I have developed a strange bicycler-body. I have fairly muscular legs, while the top of me looks like a partially deflated water balloon.

This simply will not do. So, I’ve been thinking about adding some weight training to my routine. My inner geek started thinking about ways to catalog weight lifting workouts the way I do bike rides. This lead me to speculate about some grand-ultimate XML schema to describe workouts.

Now, the problem is, that I know of no exercise-logger type of application that works under Linux, so, I’ll probably have to write one. The only problem is that I’m a pretty bad programmer. No matter. I can learn.

So, now the question remains: what language to write it in? I thought about Java, because I can use java-gnome so make nice gtk+ guis.

Then, I thought about doing it in C# and running it under Mono, since many of the cool new gnome apps are being written that way.

Right now, I’m thinking of doing it in Python, since I know absolutely nothing about Python.

In any event, I’ll probably lose interest in this project long before I ever write a line of code, but thinking about it has so far kept me busy enough to avoid actually *doing* any exercise at all